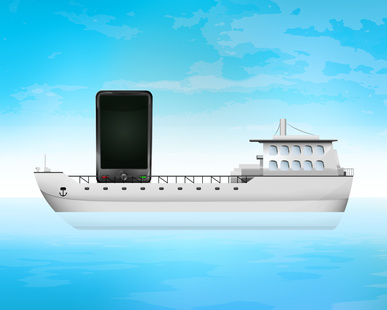 Australians have been in love with smartphones since their inception.
The country boasts of a smartphone penetration of 65% which is the highest across the globe. We all know that iPhone has been the biggest contributor and has widely supported in driving smartphone penetration in the entire world. Australia has had an edge with the major telcos such as Telstra, Optus and Vodafone helping drive the spread of the iPhone soon after its launch in 2008.

The latest report published by Gartner points out some major findings. The report states that worldwide combined shipment figures for devices including PCs, tablets, ultramobiles and mobile phones are projected to touch whooping 2.4 billion units this year which is a 4.2 percent increase from 2013. Of these more than 88% would be tablets and mobiles specially smartphones using Google’s Android operating system. Android devices are said to account almost 1.2 billion units out of the total.

Tablet sales are on the rise but this year, we are still a little way away where they will outnumber PC sales. Gartner’s report says that there will be roughly 256 million tablet devices such as the Samsung Galaxy Tab, Apple iPad and Kindle Fire that will be shipped out in 2014.
The report predicts that PC’s on the other hand will sell almost 308 million units. PCs include traditional desktops, notebooks and ultramobiles such as the as Lenovo Yoga.

Gartner’s report however points out that tablets will take over traditional computer devices in 2015 selling 321 million units as compared to 317 million PC units.

Apple has been the major player in the tablet market but has been at the premium end in terms of features and price. Gartner says that the next wave of tablet adoption will be mainly driven by lower prices rather than superior functions. Industries will explore different tablets based on their needs. While developed markets will prefer larger screen sizes and emerging markets will prefer smaller tablets or to say larger phones. As per the report, the tablet market will see an overall relative slowdown this year though the number of units sold is still up by 23.9% as compared to 2013.

While PC sales have been consistently declining for the last few years, 2014 will see a slowdown in that continuing trend with the global PC market showing a slight revival. The drop in PC sales are said to halt at 2.9 % as compared to the stooping 9.5% fall in 2013.

General business replacement cycle and business upgrades from Windows XP are said to the reasons for the relative revival of PC sales. It is anticipated that there will be almost 60 million PC replacements in 2014. However, this trend is not to stay and every other form of device will see a growth in the coming year except traditional desktops and notebooks.

Within the mobile phone zone, smartphones are becoming the popular norm rather than just a trend. Gartner says smartphones will account for over 66% of total mobile sales in 2014. By 2018, this number is said to rise to 88%. Androids are a popular choice due to their affordability and they will continue to lead in the coming years. Global Android shipments will rise by 30% in 2014 itself while iOS shipments will grow only by 15%.

Apple until now has resisted the public demand for larger screens and smaller tablets. Gartner says that announcement of Apple iPhone 6 probably will gratify users longing for a bigger screen size.

The report overall highlights the growing demand for smartphones and tablets. As a new age online marketer, you need to get a responsive website that can provide your viewers with a seamless browsing experience on any screen size device. More and more businesses are also working towards getting a dedicated mobile website that can offer great navigation and a superb overall browsing experience to customers on the move.

At Complete Cloud we can help you attract these growing mobile customers with a dedicated mobile website!