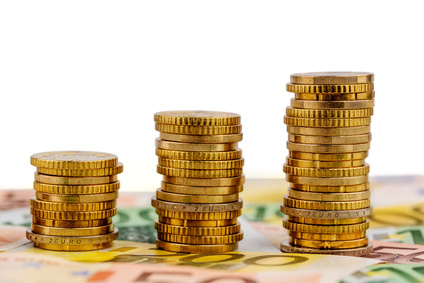 According to the latest IAB report, online advertising revenues reached a new high of $42.8 billion in the year 2013, a stupendous 17% rise from 2012. With more and more users going digital, internet marketing revenues even surpassed broadcast television advertisement revenues for the first time. The stunning double digit growth and stark changes in customer preferences are forcing online advertisers to rethink their overall digital strategy. 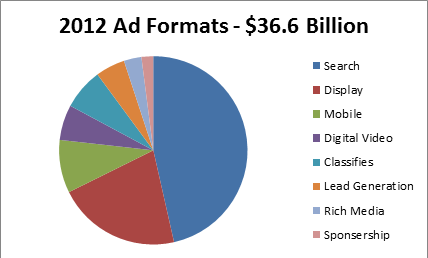 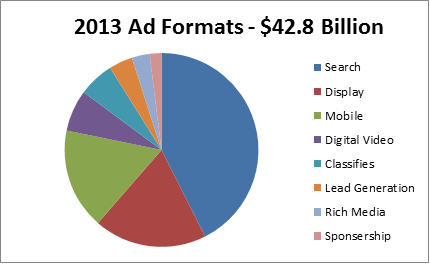 IAB or the Internet Advertising Bureau releases its Revenue Report twice every year. The survey is conducted by PricewaterhouseCoopers on behalf of IAB.
The results reported in the IAB report are considered an accurate measurement of online marketing revenues as the data compilation is based on statistics directly provided by online advertising companies. The overall report reflects data related to digital advertising revenues from all corners starting from websites, ad networks & exchanges, mobile devices and email providers to other digital marketing companies.

Mobile is the future

With more and more users shifting their focus from desktops to tablets and smartphones, mobile advertising achieved a triple digit growth year-on-year for the third time in a row. Mobile ad revenues rose to $17.1 billion in 2013, a striking 110 % higher than $3.4 billion as recorded in 2012.

Web or Digital video advertising is another growing hot trend and secured the fourth position in terms of ad revenues just after mobile. Revenues from Web video reached the $2.8 billion mark in 2013, 19 %higher than that in 2012.

Search advertising revenue in 2013 was up by 9% while Display advertising ad revenues showed a 7 % rise as compared to 2012. Retail, at 21 percent continued to be the category drawing the largest revenue in terms of online advertising spends in 2013 followed by finance and auto accounting for 13 and 12 percent of the year’s total revenue respectively.

“Our survey confirms that we are fully in transition to the post-desktop era,” said David Silverman, Partner, PwC U.S. “Triple digit advertising revenue growth from mobile devices contrasted the
more tepid 8 percent growth from traditional computer screens. This is simply a reflection of the change in how and where consumers are viewing their information—on the go!”

Gone are the days when users depended on newspaper and television advertisements for information on products and services they needed. As Randall Rothenberg, President and CEO, IAB says “The news that interactive has outperformed broadcast television should come as no surprise. It speaks to the power that digital screens have in reaching and engaging audiences.”

The fact that the impact of digital marketing campaigns can be measured makes it a more viable option as compared to other traditional forms of advertising.

From desktops and laptops to tablets and smartphones, even the digital marketing world has witnessed a drastic change in the last few years. With increasing number of customers having mobile internet access, the face of online marketing world is surely changing. From website designs that look stunning, advertisers are laying greater emphasis on usability of designs for the customers.

Marketers are now looking for responsive web designs that look great and function seamlessly on all devices. Dedicated mobile websites are also on a rise with businesses keen to provide their mobile customers with a specialized website that offers super-fast loading and quick navigation.

About IAB
The Interactive Advertising Bureau (IAB) houses over 600 leading media and technology companies who in turn contribute to over 86 percent of digital advertising revenue in US. IAB aims at spreading the word about interactive advertising to online marketers, media agencies, and the bigger business community. It strives hard to research and device the best practices and guidelines for the online marketing world. Founded back in 1996, IAB has its headquarters in New York with an office in Washington DC. For more information, kindly visit www.iab.net.