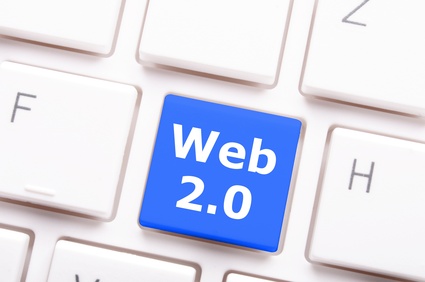 By now you’re aware of what eCommerce is, how it relates to your business, how it actually takes place and the main features of the most important part of eCommerce – a website.

In this article we explore the difference between Web1.0 and Web 2.0 and the impact each way of using the internet has on your business.

When the internet first arrived it was a one-way street. A business put information about themselves on a website and a consumer read the information. The customer would then use the information to contact the business through more traditional means, either a phone call or – a bit more cutting edge – an email. The web was seen as something static much like a billboard or magazine.

This worked well and was representative of the traditional way of communicating between the two groups; advertiser and consumer. Television works the same way as does radio. This ‘one-way-street-communication’ is known as Web1.0 because it was the way that people first utilised the internet.

Unlike traditional media however, the internet offers a higher form of interaction unavailable through older technology. As more and more users entered the internet and more sophisticated software began to be developed, users realised a more on-demand and live conversation was possible, very nearly representing those that take place in life. In fact, the conversations possible could be augmented above those that take place in real life. One person could ‘broadcast’ a message out to numerous people at once who could then simultaneously respond. With the use of mobile websites, they could receive information regardless of location.

These realisations came from the introduction of social media platforms, online chat rooms and feedback mechanisms. Web2.0 provides richer interaction between users than simple one message, one way communication.

There is no actual technical difference between Web1.0 and Web2.0. The terms are used primarily in a marketing context to denote the difference between focussing on one-way communication with customers to developing two way conversations through the medium of the internet.

So why should you care?

The majority of internet users today expect to use the Internet in the form of Web2.0. They expect to have online conversations with your business, to provide feedback immediately and to be an integral part of discussions that are important to them. This is why social media pages are crucial to your business’s online success. They represent an open forum for your client to talk with you and engage in dialogue rather than simply receive your message.

It is no longer acceptable for a business to simply provide information over the internet, in the form of Web1.0. Businesses must use the internet in the new form by engaging in dialogue with customers and opening their activities up to the discussion that is taking place on the internet. Social media platforms like Facebook, Twitter and LinkedIn are a great place to start.

We discuss social media in more detail in our next series: Online Marketing 101.